It’ s all about Chair

It’s all about Chair.

Today it was a beautiful day and my Chair went for a walk. He didn’t know where to go so he tried to find the most entusiastic way. He turned around everything that came on his mind. Well the problem was that Chair from the house doesn’t go around, hr doesn’t go to the beach. What will people say about him? Kitchen Chair belong to the kitchen and not to the beach. It is not normal, that Chair would be on the beach. A lot of thoughts went on Chair’s mind. But anyway, the wish was too strong so the Chair went anyway. He was on the hill so it decided to go downhill first. He took the steps and it enjoy the view. It was really beautiful. 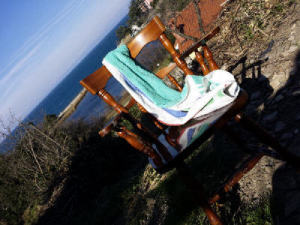 He also took the towel with him to go to sweam to the sea. When he came to the sea he decided to enjoy the sea, the view and the wind. It was so great just to be on the rocks and just be there present in one moment. Wind was strong but it stopped just before the Chair. He continued the way..but the way was closed. So what. Just pass by..and enjoy the beach. 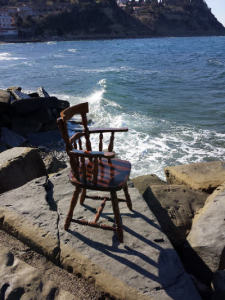 It was so beautiful. He riched the wall and climbed over. The view was even better. It is so beautiful to be a Chair and just be and just enjoy the life. 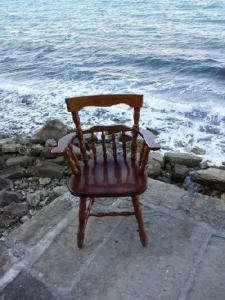 Well the enjoyment was over when he reached the Piran. So many people and he was sure that someone would mention: “What the kitchen chair doing here?”
Well the Chair closed his heart and try to be invisible, try to not get any attention. No one noticed him or at least didn’t mention it. So the Chair stayed on the beach and rest. He closed the eyes so that no one would distract his peace. 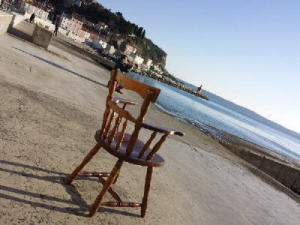 He continued the way but he constantly felt a tension in his stomach. Why? That should be fun…not full of tension.
So what to do?…He want to swim. So he went to the place with less people and do it.
The water was a little chilly, but it was a nice swim. 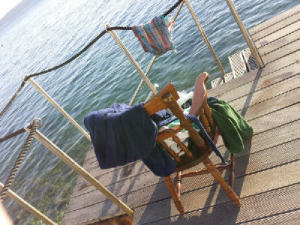 Chair was happy. He did it. He was the first Chair he knew that he went to swim in winter. He always wanted to do but he never tried, because if you are kitchen chair you don’t swim, especially not in winter. 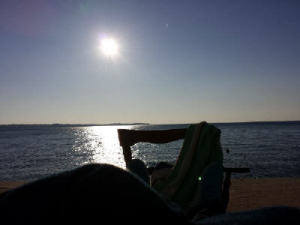 People said nothing. They have them own movies in them mind. The Chair who went to the beach and swim was just something that broke a routine, the movie that was seen so many time.

The Chair was happy. He did what he always want to. One day, one action can make a difference. Have you ever tried to swim in winter?
Let’s the Chair to be with you! 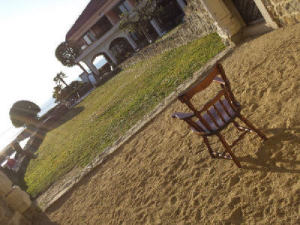